It is difficult for a human rights advocate to argue against an appeal based on humanitarian grounds. Erap arguably may be equally entitled to humanitarian relief as Ninoy Aquino. But while Ninoy really had valid humanitarian grounds to support his plea to be allowed to leave the country to seek medical aid, Erap has none.

Unlike Ninoy’s illness, Erap’s knee condition is not life-threatening and is not such that no Philippine doctor can attend to it. Members of the Philippine Orthopedic Association have publicly stated that it is not true that Estrada requires medical attention in the United States because such is not available in the country. Erap himself does not deny this but merely insists on his doctor of choice or preference.

Why should any court accede to the mere “choice” or “preference” of a person accused of a capital non-bailable heinous crime of plunder? He may as well pick the guards of his choice, the judges of his preference, or for that matter, he may choose or prefer not to be detained and tried at all for good measure!

The legislators who support Erap’s plea say we should not presume that Erap will escape when allowed to leave the country. But the law itself makes the presumption that once one is charged with a capital offense and the evidence of guilt is strong, the accused will try to escape. That is why there is no right to bail for persons accused of a capital offense when the evidence of guilt is strong. Are the legislators saying that Erap is a class by himself? What rare privilege they would accord to Erap, and to Erap alone!

Everyone should be concerned with how the likes of pro-impeachment legislators could sign Resolutions which say in effect that Erap is an honorable man, that he is a man of his words. That he will refuse to escape because he has previously refused offers to be exiled. Have they forgotten the evidence uncovered during the impeachment trial detailing how Erap has repeatedly lied to the Filipino people? Or have they merely cashed in on EDSA II, feigning disgust about the “death of truth?” The robber has not yet even returned the loot.

Are we going to trust his words on anything? From someone who says that he is pro-poor but at the same time has lived in shameful ostentatious display of luxury while dipping into the public coffers? From someone who says that he will not allow any relative, friend or kumpadre to have special favors in government but turn out to do just the opposite?

Have we forgotten that first and foremost, Erap is a politician and that he will say and do anything to promote his political objectives? Has not Erap proclaimed that he is only victim of political persecution? It will promote his political objective for him to seek political asylum in the same manner that Atong Ang has done. If Erap applies for political asylum, who is to stop the United States government from granting such request, which will exempt Erap from the coverage of the RP-US Extradition Treaty? We shall only be inviting further intervention from the US in another purely internal matter.

As it is, Erap’s lawyers have done a great service to Erap by delaying the plunder trial with their 140 or so motions and objections apart from petitions before the Supreme Court questioning each and every turn of the proceedings. President Gloria Macapagal-Arroyo and her administration legislators who support Erap’s plea are not helping the prosecution any. Ignoring the constitutional principle of separation of powers, they have directly aided the defense by bringing pressure to bear on the Sandiganbayan judges to accede to Erap’s demands for special treatment. 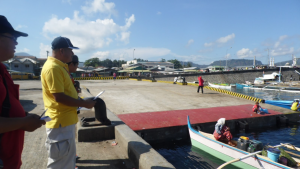 Alas, it all boils down to whether the powers that be in our society are more interested in administering justice equally upon rich or poor, ex-Presidents and ordinary masses alike, or in patching up their differences (“reconciliation” they call it) with its defeated but always threatening rivals. Like the proposed exile for Erap or “house arrest”, the administration’s support for Erap’s escape to the US is a part of “political settlement” that will leave the Filipino people shortchanged.

Indeed, GMA’s disguised blessing to allow Erap to leave the country for treatment has made her “time for healing” rhetoric in her inaugural address take a bizarre turn. It proves to be nothing but a “time for political compromise” at the expense of justice.

View all posts by →